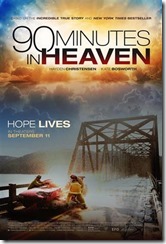 A new faith movie is out in theater these days.   90 Minutes in Heavens has hit the theaters in the US and Canada last week and you can quickly see it at a theater near you.

What the movie is all about.

Pastor Don Piper died January 18, 1989 when a semi-tractor truck crushed his car. Declared dead by the first rescue workers to arrive on the scene, Don's body lay under a tarp for the next 90 minutes. Don's soul, meanwhile, was experiencing love, joy, and life like he'd never known before. Don was in Heaven. When another pastor's prayers helped bring Don back to life, he became a living miracle! Yet this is one miracle Don wished never happened. Heaven's bliss was replaced by excruciating pain and emotional turmoil. With the support and prayers of his beloved Eva, their three kids, and friends near and far, Don clings to his faith in God and fights to regain a semblance of his previous life. The Piper family's incredible true story of perseverance and overcoming the challenges of life--and death--will bring hope and encouragement to all who see it. 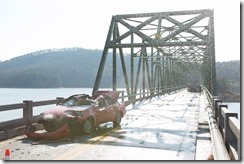 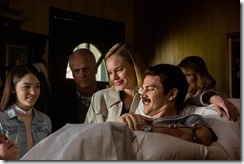 Who plays in it?

Hayden Christensen plays Don Piper in the movie.   This actor has launched his acting career at the age of 11 with minor films and television roles.   Many of us will remember him as the famous Anakin Skywalker in Star Wars Episode II – Attack of the Clones and in Star Wars Episode III – Revenge of the Sith.

Kate Bosworth plays Eva Piper.  She had her first movie role at 14 years of age when she played in The Horse Whisperer.  This role was perfect for the equestrian in her.   She also played in Remember the Titans and was Lois Lane in Superman Returns.

Dwight Yoakam plays Cecil Beaumont, Esq.  This actor originally established himself in the music industry.   Acting is a second love for him.

Michael W. Smith plays Cliff McArdle as well as being the score composer.   Michael is an acclaimed singer, songwriter, and musician.

Hear what Michael W. Smith says about the movie.

Jason Kennedy plays David Gentiles.  He is a news correspondent at E! handling a variety of stories and events for E! News.

Elizabeth Hunter is playing Nicole Piper.   This talented middle-schooler has made her film debut in a Clint Eastwood musical titled Jersey Boys.   She since appeared in television in Finding Carter, Powers, Nashville and Hart of Dixie.

Bobby Batson plays Joe Piper.   90 Minutes in Heaven is the theatrical film debut for this actor.

Watch the trailer of 90 Minutes in Heaven.

Unfortunately, the movie is not playing in all theaters in Canada.  However, you can access a list of the theaters that is showing it by clicking to the movie’s website – 90 Minutes in Heaven.   In Ottawa, the movie is currently showing at the Cineplex Odeon in South Keys as well as at the Landmark Cinemas in Kanata.

According to Plugged In the movie would be perfect for Adults and Teens.   The movie is geared for PG-13 which means that it isn’t for children.      In the violence part of the movie,  the crash is pretty visual and the aftermath can be dramatic.   You will see blood, a banged face as well as difficult x-ray images.  The main actor is also fitted with a metal exoskeleton to assist his leg and arm so the pain will be felt as you watch the movie.

Posted by Canadianladybug at 1:14 PM No comments: Links to this post 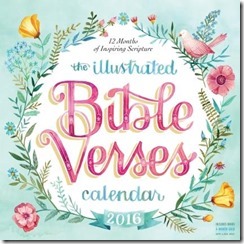 As 2015 is slowly winding down, I started considering what kind of calendar I could get for my office.   After discovering bible art journaling earlier this year, I decided to review the Illustrated Bible Verses calendar.  This adorable calendar has a modern, appealing,  and creative look. Combining gorgeous, hand-lettered Bible verses which cite chapter and verse from the New International Version with lively graphics, Illustrated Bible Verses offers inspiration for a whole month. Each month will lift the spirit, soothe the soul, and encourage contemplation.

Some of the graphics use in this calendar could be inspiring for any crafter or journaler out there.   With the popularity of Bible Art Journaling growing by leaps and bounds, I wouldn’t be surprised to see this calendar being popular during the Christmas season this year.   After all, a calendar is always useful in a home and having scripture on it is uplifting and encouraging.

The Illustrated Bible Verses Calendar 2016 is available for purchase at your favorite bookstore, even on amazon.ca and amazon.com.

Posted by Canadianladybug at 1:49 PM No comments: Links to this post 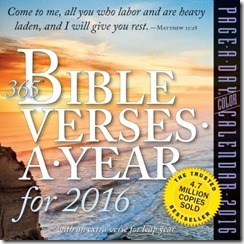 365 Bible Verses a Year for 2016
Published at Workman Publishers

About the desk calendar

Live by the teachings of the Bible, every day. 365 Bible Verses is the beloved calendar that combines the timeless words of the Bible with full-color nature photographs that display the glory of God’s creation. Each day cites chapter and verse from the New International version of the Bible: Matthew blesses the pure in heart, and a field of sunflowers glows golden under the sun. Proverbs exalts the Lord’s strength next to a towering mountain range. And a blooming rose illustrates John’s tribute to love. These are words guaranteed to bring comfort, to inspire joy, to affirm faith.

This little desk calendar will be a blessing in disguise for a love one or yourself during 2016.   Each day of the year, you can ponder and reflect on a specific scripture as you go on with your daily lives.     The daily calendar sits on a sturdy plastic tray and it is easy to remove the pages on it.   Each scripture is accompanied by a stunning picture which will bring peace in your soul. 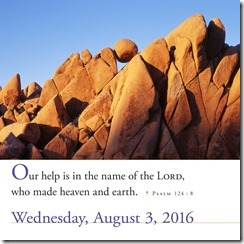 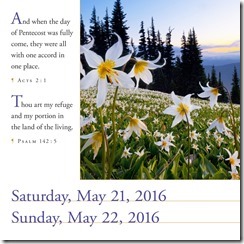 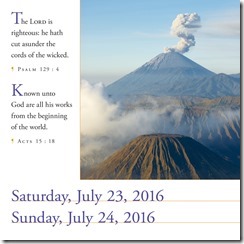 Also included with this daily desk calendar is an online extra which will provide your with a digital calendar from a selection of bestselling titles.   All you have to do is swing to the pageaday.com/go and enter the code found inside the desk calendar.    This desk calendar is a great gift for someone close to you, for a colleague or for yourself.   The size is perfect for stocking at Christmas time.

365 Bible Verses a Year for 2016 is available for purchase at your favorite bookstore, even on amazon.ca and amazon.com.

Posted by Canadianladybug at 1:32 PM No comments: Links to this post