We love anything linked to Marvel and DC.   You can’t think of these companies without thinking of one word : super-heroes.   In this specific post, I am presenting you four marvelous books that are published at DK Canada.

Superman The Ultimate Guide To The Man of Steel 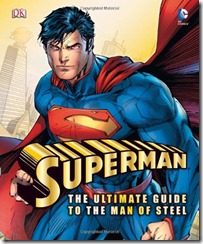 Readers can now get a comprehensive look at the complete Superman story from his birth on Krypton and arrival on Earth to his double life as a Daily Planet reporter and as one of the most famous super heroes ever in Superman: The Ultimate Guide to the Man of Steel. Featuring beautiful comic book art from some of the best artists of our time, this book will allow fans to learn more about the villains, loves, and heroes who occupy Superman's world, including Lex Luthor, Lois Lane, Doomsday, and more.

This all-new guide traces how the Man of Steel has developed throughout the decades, while examining the monumental moments that have led to who he is today.  Packed with information from its early beginning to this time and age, the book is definitively the ultimate guide to have if you are a fan of the Man of Steel.   The book also covers the New 52 comics as well as alternate realities.    Perfect for a birthday or Christmas gift! 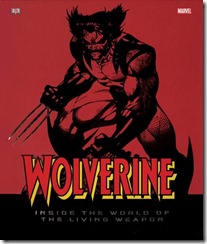 One of Marvel Comics' favorite characters, Wolverine is a mutant who possesses animal-like instincts, super-enhanced strength, and the ability to heal from any wound. While he was part of the Weapon X program his skeletal structure was bonded with the near-destructible alloy adamantium, and now very little can stop him.  DK's publishing program celebrates Wolverine's classic comic book roots, with gorgeous imagery, classic story lines, and a nod to the franchise that Wolverine has become.
Super-fans can learn about Wolverine's comic book debut (a cameo in a Hulk comic in 1974), and the development of his character, his story, the X-Men, and more in our comprehensive and spectacularly illustrated Ultimate Guide.

The book is packed with interesting information about this Marvel character that is widely popular.   From the five things you need to know about Wolverine to all his appearances in the Marvel comics, this book is certainly something to get for the die-hard fan of Wolverine in your life. 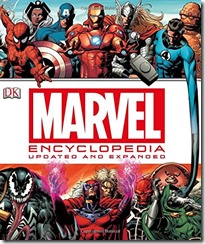 Timed perfectly with Marvel's 75th Anniversary, DK's bestselling Marvel Encyclopedia is now fully revised, extended, and updated.   The book will bring the Marvel Universe home with this all-inclusive encyclopedia detailing little-known facts and information about the iconic Marvel characters. This essential tome has been fully updated with 32 additional pages.

Created in full collaboration with Marvel Comics, the revised pages of Marvel Encyclopedia now feature new entries on the latest characters and teams, updated facts on existing ones including their latest looks and story lines, and expanded entries on major superheroes such as Spider-Man, Thor, and The Avengers. You will also get special double-page features have also been added highlighting recent major crossover events in the Marvel Universe, such as Fear Itself, and the new Marvel Now series.

Needless to say this book is a great guide to own to have insight on the characters of the Marvel Universe.    It is a perfect gift for the fan of anything Marvel in your life. 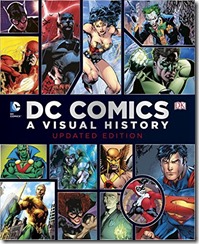 The DC Comics – A Visual History has been updated and expanded for this new edition which contains 16 new pages to cover the years 2010-2014.  It features a new slipcase design along with two NEW prints packed inside of none other than Superman and Batman. (Honestly it is a perfect timing with the new movie that is coming that will feature these two amazing characters…)  In this book you will be able to trace DC's fascinating story: the company's beginnings as National Allied Publications in the 1934, and its subsequent change to Detective Comics, Inc. in 1937.  The book details all the major DC publishing landmarks and more, displayed clearly, month by month.

Highlighting the debuts of iconic super heroes like Superman and Batman, the geniuses that invented them, and the real-life events, like the Vietnam War, the atom bomb, and the Space Race, that shaped the atmosphere of the times, DC Comics: A Visual History follows the characters' foray into the real world through TV series and blockbuster movies.  It is the ultimate book for the die-hard fan of DC Comics and its super-heroes/villains.   It will provides a stunning chronicles of the history of the company and storylines of various comics since its debut.  This book definitively gives a unique insight into the DC Universe.

These books and many more published by DK Canada would make great gifts to the comic book/super-hero fan in your life.

These books are also available for purchase at your favorite bookstore, even on amazon.ca and amazon.com.

Disclaimer: Thanks to DK Canada for sending me the above mentioned books for review purposes . I was not monetarily compensated for this review. Please note that the review was not influenced by the Sponsor in any way. All opinions expressed here are only my own.

Posted by Canadianladybug at 2:32 PM