Every year during the Christmas season, you always see numerous DVD sets of favorite television shows on the shelves of the stores. 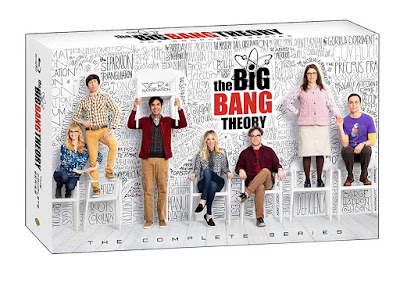 This year you will be able to get a popular television show which lasted over 12 seasons.   Presenting the Big Bang Theory - The Complete Series - Limited Edition Blu-Ray Disc set which will be a delightful item to get for the fan in your life.

For the first time ever you will get all 12 seasons - a whooping 279 Episodes - including over 12 hours of bonus content and 3 never-before-seen featurettes which are
all packed in a beautiful box.   This box also contains a 32-page episode guide with an introduction from the creator/executive director Chuck Lorre and new behind-the-scenes cast photos.

And that's not all - the lay-flat book which contains all the Blu-Ray discs also features a cast pop-up art. And finally, apparently there is a digital code for every episode as well. 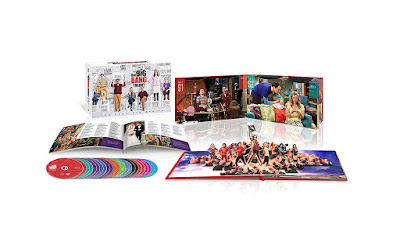 Now, as for the show Big Bang Theory - I have to admit I have never seen it.  However, I have heard from friends who have watched the show that it is very well done and funny too.   So my family is quite excited to have the opportunity to watch the show in a near future.     All we know is that the  show introduce physicists Leonard (Johny Galecki) and Sheldon (Kim Parsons) who navigate the universe and everyday life along Penny (Kaley Cuoco), and fellow scientists Howard (Simon Helberg), Raj (Kunal Nayyar), Amy (Mayim Bialik) and Bernadette (Melissa Rauch), as well as other characters.  I am looking forward to discover The Big Bang Theory with my family.

This Limited Edition Complete Series of the Big Bang Theory is available in DVD or Blu-Ray format at your favorite store, including amazon (Canada and US).

Disclaimer: I have received this product from Warner Bros, Home Entertainment and Falkowitz PR.  I was not monetarily compensated for this review.  Please noote that the review was not influenced by the Sponsor in any way. All opinions expressed here are only my own.
Posted by Canadianladybug at 11:42 AM