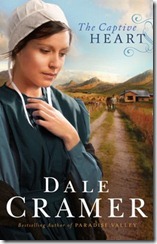 The Epic Story of an Amish Community in Peril

Ravaged by disease, preyed upon by ruthless bandits, the Bender family's second year in Mexico has taken a grievous turn. Faced with impossible choices, the expatriate Amish discover, more than ever before, what it means to live by faith and not by sight

But it's Miriam who must make the hardest choice as her heart takes her on a new and dangerous course. Domingo. "He is gentle," his sister said, "until someone he loves is threatened." Is Miriam that someone?

"Cualnezqui," he often calls her--the Nahuatl word for Beautiful one. The chiseled native has proven himself a man of principle, grace and power, yet is he the pearl of great price for whom Miriam would sacrifice everything, or is he merely a friend? Tormented by conflicting emotions, she's haunted by vivid dreams: Dressed in the coarse cotton pants and shirt of a peasant, she stands on the precipice of a sun-washed ridge searching desperately for Domingo. Domingo the fierce. Domingo the protector.

Who is Dale Cramer?

Dale Cramer is the author of the bestselling and critically acclaimed novel Levi's Will, based on the story of Dale's father, a runaway Amishman. Dale's latest series, THE DAUGHTERS OF CALEB BENDER, is based on an Amish colony in the mountains of Mexico where three generations of his family lived in the 1920s. He currently lives in Georgia with his wife of 36 years, two sons and a Bernese Mountain Dog named Rupert. Visit him on his Web site at www.dalecramer.com

I am no stranger of Dale Cramer books.  I have reviewed some in the past but when I realized that this was the 2nd book in the series of the Daughters of Caleb Bender, I had to have it…   I had reviewed Paradise Valley last year and was hooked by the story.  I wanted to know the rest of the story.    Inspired by actual events that happened in the lives of the ancestors of the author himself, the book will hook you from the beginning to the end of it.

I was pleased to reconnect with Miriam, Rachel, Caleb and Domingo but I was pleased to discover new characters with the arrivals of more Amish families in Paradise Valley.    Some I would love while others I disliked immediately.    The story continues for the Bender family and their neighbors after their move to Mexico.   They will have joy, heart aches, and sadness but they continue to trust in God in the midst of everything that is going on.   Numerous events will happen in this book – drama and tragedy appear to be a theme as you turn the pages of this book.  Still even if they loose some members of their community, they look forward to make a place in this country even though the bandits are causing problems in their lives.

I particularly like the series because I know that this is based on real events from the author’s family.   To be honest, the way the book finished I can hardly wait until the new installment of the series be published.   I want to know what will happen to Miriam, Domingo, Rachel and Jake as well as the rest of The Bender family and their neighbors.

I highly recommend the two books from the Daughters of Caleb Bender to anyone interested in Amish novels as well as historical novels.  You will have both in one magnificent story.

The Captive Heart – The Daughters of Caleb Bender #2 is available at your favorite bookseller from Bethany House, a division of Baker Publishing Group, including amazon.ca.

Disclaimer: Book has been provided courtesy of Baker Publishing Group and Graf-Martin Communications, Inc. for review purposes. I was not monetarily compensated for this review. Please note that the review was not influenced by the Sponsor in any way. All opinions expressed here are only my own.

Posted by Canadianladybug at 1:55 PM