It’s Christmas Eve today and while doing my devotions I realized that it is also the 10th anniversary of the death of my dad.

He died before any of my kids were born.

But honestly I didn’t have much of a relationship with him…  You see he left my mom while I was in the 20s.  And let me tell you that separation and divorce affects children of all ages.    (I won’t go in details today though.)

As I look back at my youth I wonder if he was ever present.   Oh!  He was there physically but emotionally that is another story.    But I don’t want to go on on his behaviour and how he was.

I just know that he passed away due to sickness (cancer) which has eaten him inside after he left.   And I don’t think I would wish that to anyone.  But it’s what happened.

But as I think of him, my earthly father, I see that he gave me 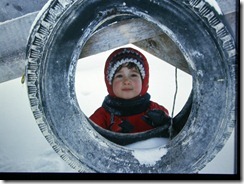 Dad also volunteered for driving when I needed to go somewhere but he never talked much.    I say volunteered but I wonder how much my mom tried to make him spend time with me in that way.

Dad had his faults but because of him photography is part of my life and I love it.    And if you wonder – the picture his me when I was about 3 or 4 years old… taken by my father on winter day.   It is one of my favourites.

So thanks dad for giving me a lot for capturing the memories of my family.    I appreciate it.

I guess part of me regret not spending more time with him at the end of his life.  But I disagreed with his choices.   I also regret not sharing more about my Saviour with him.

But there is no point of living in the past – I know it is not healthy from experience in my family.   So I look toward the future and ask God to guide me in building a special relationship with my kids.

In the meantime, I want to share other pictures he took when I was younger. 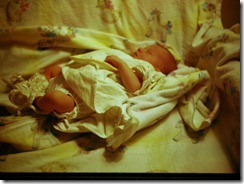 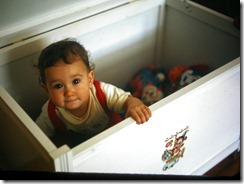 Playing in the toy box. 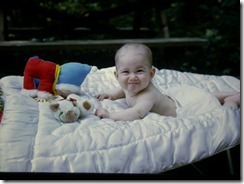 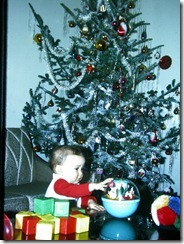 Christmas 69 – the famous Fisher-Price ball.   Note: the fuzzy soccer ball still lives and my kids had it when they were babies.   Not it is stored for the future grandkids. 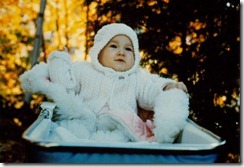 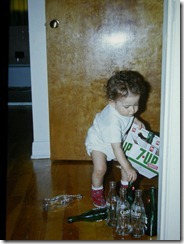 There are more – mostly slides.   Eventually I will scan them and have them on my PC.    He had a gift in taking pictures and somehow he was able to pass this on to me.

Posted by Canadianladybug at 8:16 AM