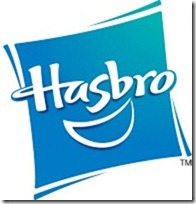 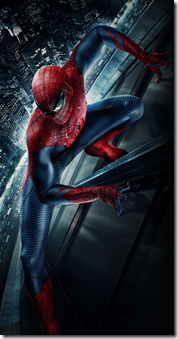 July 3rd will mark the comeback of The Amazing Spider-Man on the big screen.   After numerous movies on the famous comic book character, a new one will be in theaters next week.    I personally have mixed feelings about it but my husband is telling me that it is a good things that they are re-doing the Spider-Man movies.   For us it will mean a date night together – hopefully before I embark a plane to go to Calgary on training.

While many comic book fans wait patiently to see the new movie, Hasbro has recently released new toys based on The Amazing Spider-Man.    Kids (whether young or older) will be delighted to discover the new products in the toy section of their favorite store. 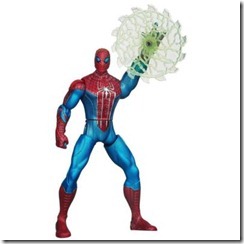 This is the amazing web-crawling hero and his arch nemesis The LIZARD like you’ve never seen them! These Web Battlers Action Figures look just like the characters from THE AMAZING SPIDER-MAN movie, but each has a surprise that his enemies won’t be ready for! When you squeeze his legs, he unleashes a furious attack. Amp up your adventures with these Web Battlers Action Figures.

Each sold separately. Styles may vary.

I have mixed feelings about this figure. The figure itself is quite solid and somewhat moveable. I say somewhat because the knees as well as one elbow won’t bend. However, the legs, the arms and the right elbow can move without problem. As you squeeze the legs, the web blade will twist to attack the enemies of Spider-Man.

Thought the mechanism is smooth and works well, I don’t like the hand where the web blade is located as it is much bigger than the other one. However, I understand that making toys based on movie characters can be tricky and I can see that ultimately, they wanted to show Spider-Man in action. Boys won’t mind it and will definitively find the spinning web blade really cool! 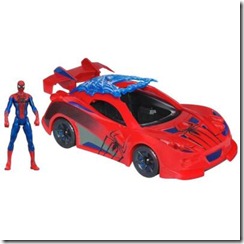 Buckle up, because your SPIDER-MAN adventures will never be the same once you’ve got the AMAZING SPIDER-MAN Strike Battle Vehicle. Your SPIDER-MAN figures ride in the seat when he needs more than webs to chase down evil and stop it. When his enemies least expect it, push down on the vehicle’s spoilers to launch the retractable web claw! Your SPIDER-MAN figure can launch a swinging stealth attack from the claw that nobody will see coming!

Let me tell you one thing that any super-hero fan knows… Spider-Man doesn’t have a vehicle in comics and/or the movies. But for the purpose of this review, let me present you the Spider Strike Battle Racer which is brand new on the market. The car possess a retractable web claw which shoots out and swing Spider-man into action. To unleash the claw, you simply have to push the spoiler on the back of the vehicle. The car itself has a very cool design and I particularly love the color of it. A figure also comes with the vehicle.

All little boys out there will enjoy playing with this car and Spider-Man. It is quite original and will keep them busy for quite some time.

SPIDER-MAN is already a legendary superhero with amazing powers that he uses for good. These web-slinging hero figures and menacing villain figures each come with accessories.

At first I was a bit disappointed to have received a villain from the Spider-Man comic series. But my husband thought it was cool because usually people always get the good guys for figures. This particular figure come with a snap jaw piece that could be inserted on one of the arms of the figure. It reminds me of the ability of creating things out of the symbiote in the comics. The jaw is easy to use and the mechanism seems to be smooth. The figure itself represent Venom with its mouth open and its tongue popping out of it. Not the most pleasant character…

The figure is made of strong plastic that could withstand the play done by kids ages 4 and up. 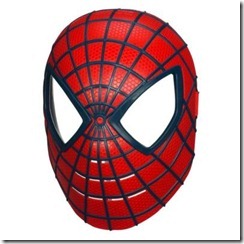 Feel just like your web-slinging hero with this awesome SPIDER-MAN Hero Mask! It conceals your true identity as you imagine web-crawling adventures and battles against the forces of darkness. Evil doesn’t stand a chance when you’re in your Hero Mask!

I love the mask.   This particular mask is so well done that I feel as though I am holding the real Spider-Man mask into my hands.    Now mind you it isnt’ the real deal but any little boy would love to wear this one on Halloween this year!   It is specifically designed to allows great visibility through the eyes and will hold perfectly on the head of a child thanks to the velcro bands behind the mask.  Inside the mask, you will see a blue contour for the face that is flexible and soft at the same time.  Prepare your child with a great adventure during trick or treating this year with this marvelous Spider-Man mask! 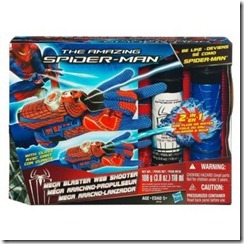 Web shooter comes with 1 can of web fluid, 1 refillable water cartridge and 1 glove.

Finally, here’s the package that I found the coolest of all the ones I have received.  I will admit that this particular package will go hand-to-hand with the mask mentioned above.   My only disappointment would be that there is only one glove inside the box.    I think it would have been more interesting to have two gloves to complete a costume.

Included with the glove, you will find a mega blaster web shooter, a refillable water cartridge as well as a web fluid.    This item will blast either the web or will blast waters during hot summer days.   This particular item is suggested for kids ages 5 and up.  However du the the fact that there is content under pressure, I would suggest to consider the age of the child before purchasing this.    Some kids would understand that they have to be cautious if they are mature enough.   So as a precaution I would determine the maturity of the child before putting this item in their hands.

In conclusion, if you have a boy in your household who loves anything and everything related to Spidey, he would love the new toys from the Hasbro collection based on the new movie.

All toys presented in this review can be purchased at your favourite toy store.

Posted by Canadianladybug at 2:55 PM